What is wrong with Lean Startup? 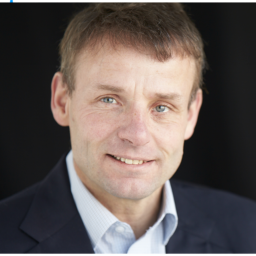 The biggest thing wrong with Lean Startup is how few people actually do it right. Founders bandy around terms like "pivot" and "MVP" apparently knowledgeably in start-up circles, but dig a bit deeper and their true meaning is woefully misunderstood.  Too many people just don't do Minimal because they are too scared of failing. The record in my conversations for developing an MVP is 2 years. The founder had invented a self-feathering wind turbine blade that could have saved millions in wind farm storm damage. By the time he had polished it enough to be seen outside the lab, the moment had passed. Customers liked it, but had developed a poor alternative making the problem insufficiently acute to change to his product.  If you can't put a first iteration together in less than a few hours, it is a sure sign that you don't get Lean Startup.   Eric Ries defines MVP as "that version of a new product which allows a team to collect the maximum amount of validated learning about customers with the least effort". Note the emphasis on learning not earning nat the outset. So instead of worrying about failing get out and test ideas with the types of people that might actually buy it. And yes, it is highly likely that they won't love the first iteration it, but they will tell you how to make it better.  Surely it is better to know that after 20 minutes of effort than after wasting 20 months polishing the wrong features.  Failing is such an emotive term.  Forget about failing fast instead get out among your target customers and learn fast

Neither does "least effort" imply taking the easy option of doing desk surveys. Most of us are surveyed out .   Besides, they tell us little about how customers think and even fewer answers to the questions that never made it to the survey - the ones inspired by customer voice.  Despite the term "validation", that is not really what you are after.  It is too binary, denying you learning about how to make the concept even stronger and which aspects of the product really make a difference to buying intentions. Ries sees validation from what customers do, not what they say (in surveys) where agreeing costs nothing. Requiring them to make some investment (even their email address) distinguishes far better between meh an me me me!   Real validation is a multi-step programme in which customers tell you what they would like to see happen, you make it happen and then more customers vote with their feet (or mouse clicks) as your marketing tunes into the messages that really strike home.

How you learn is just as important

Surveys also pose the huge risk of pandering to cognitive bias and self-delusion. Then there is ontology - yes sorry for the philosophy of thought processes.  People trained in a scientific way of thinking struggle with entrepreneurship. Why? Because for example Newton’s law work pretty much everywhere (apart from Black holes for the picky amongst you), but what works for one customer rarely works for another so you need to ignore data and instead work on insight. - which better describes people’s irrationality.  Forget the homogenous rationality that underpins most economic and business theory - so the better trained you are in classical business, the harder you find it to think like an entrepreneur. Hypothesis testing works well for fine-tuning, like A/B testing a landing page headline, but like surveys, it is hopeless for giving you answers to questions you never thought to ask. Scientific researchers need to stop worrying about effect and spend more time using qualitative methods to think about cause.  Lean start-up has helped us eat the low hanging fruit; the higher branches need better understanding of habit, behaviour and cognitive processes.

So Eric Ries, Steve Blank and Alex Osterwalder have done some great work, but it is not the whole story. People still struggle to implement it because they are conditioned to think the wrong way. Still don’t believe me? Try this.

Imagine you are doing school exams and instead of answering the questions you wrote a detailed explanation of why they were asking the wrong questions. You would not score many marks but might well realise where there is a business opportunity. Entrepreneurship and innovation comes from asking questions, but we have been conditioned from school to answer questions so we naturally leap to solving problems without asking first if they are actually worth solving.  Any easy solution that looks highly profitable is worth nothing if the only customers are those that think like the founder.

Success in innovation is not about novelty, it is about adoption. People happily adopt new ways of working when they are materially better for them. So let us think differently, prioritising how to improve their experience over what we might think is a good idea. That is successful Innovation - simple isn't it?

get mentored by Mark

Now do tell: what’s a big misconception that has been holding you back, and what is the actionable gold nugget you can replace it with? Share with me in the comments as I am sure you are not alone!

And remember, doing a few of the right things is always better than struggling to do too many things right.